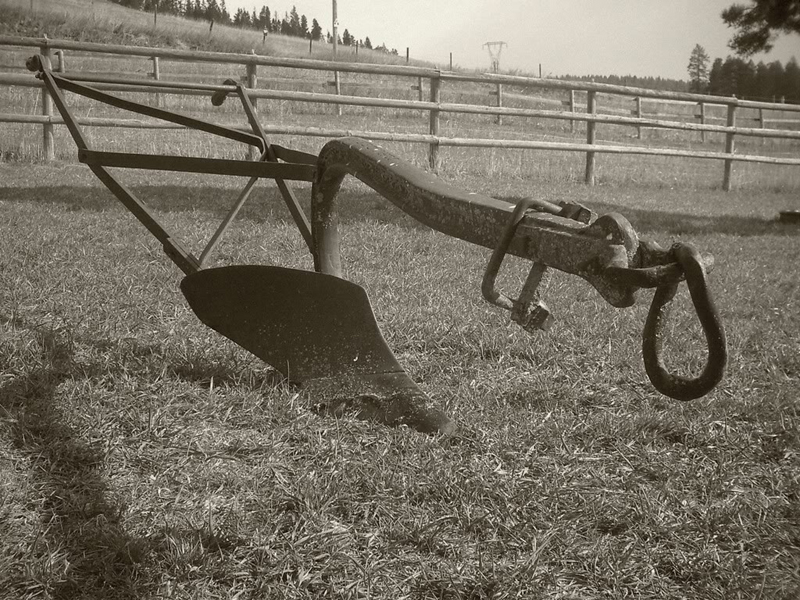 Art Exhibit: “Women Behind the Plow”

Catch a glimpse of life on the prairie through the lens of women who grew up on or raised their families on farms in German-Russian Country.

This Tri-County Tourism Alliance historic preservation project called, “Women Behind the Plow,” premiered at the 2015 Wishek Sauerkraut Day and has since traveled the state. It will be on exhibit at The Arts Center during January.

Sixteen panels feature photos and short memories created from interviews collected with assistance from a State Historical Society of North Dakota grant. This project honors the unrecognized contribution of women who grew up or lived on farms in Logan County, McIntosh County, and Emmons County.

Many stories of farming prior to rural electrics bringing electricity to the sometimes harsh prairies have never been told. How did these women learn about providing for families, sewing clothes, or crocheting the scarce niceties in their homes? In addition to being wives and mothers, many were farm hands, healers, teachers, housekeepers, and artists. They kept traditional holidays and religious customs. Unseen and unrecognized many of these women did what they had to without recognizing the importance of their contribution to the economic growth of the state. ~Sue Balcom, Women Behind the Plow exhibit designer.

The Tri-County Tourism Alliance was formed as a nonprofit three years ago to support heritage tourism in an area largely settled by Germans from Russia in three counties in North Dakota: Logan County, McIntosh County and Emmons County.

Anyone interested in preserving the culture of this unique group of people is invited to attend the meetings. For more information contact President Carmen Rath-Wald at (701) 754-2504.