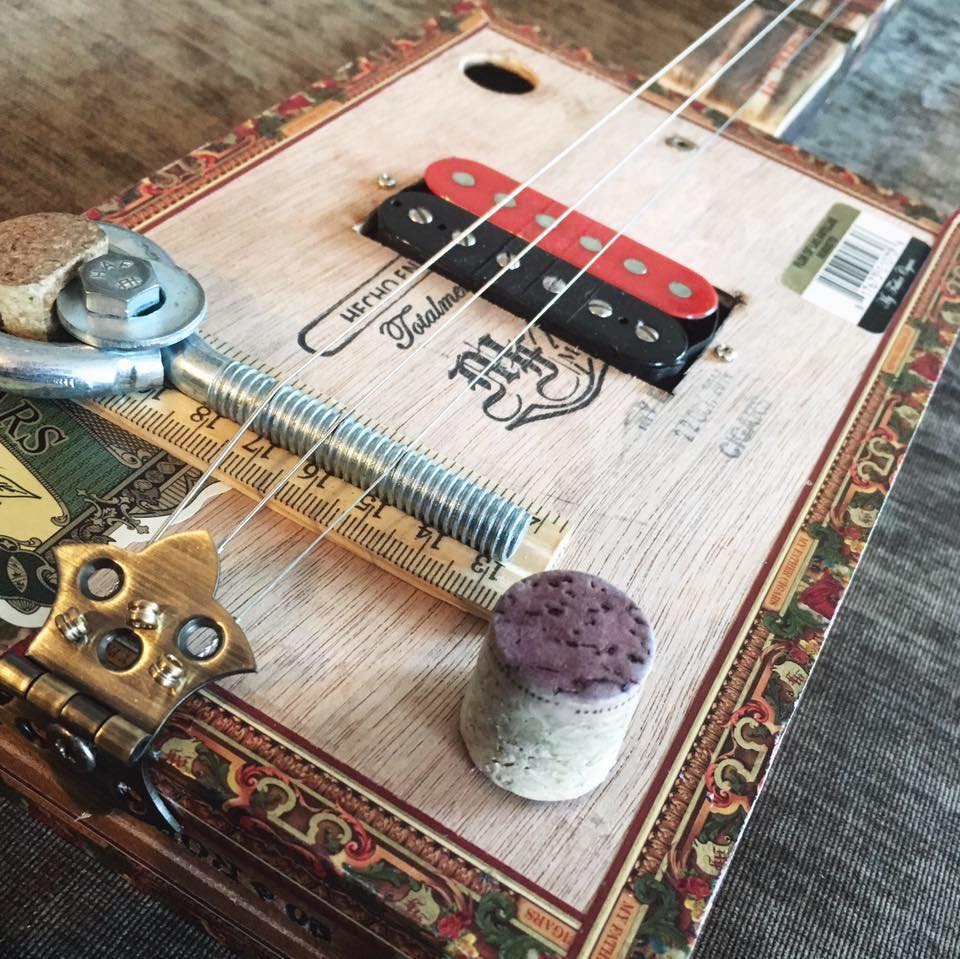 Music enthusiasts (guitar players in particular), artists and recyclers will love this exhibition. Beau Theige, a husband, father, and hobby rancher living on the windswept plains of North Dakota found a passion. He isn’t a guitar player but was instantly intrigued by this varied and unique craft, to create handmade guitars from discarded stuff such as cake pans, license plates, cigar boxes and more. If you want to get trendy, it’s called “up-cycling.”  Each is handcrafted, inspired by everyday utilitarian objects, antiques, or plain old trash. Half art, half junk, all guitar.  In the artist’s words, “Let’s change the way you make music.” Beau encourages visitors to the exhibit to try his guitars and play a song or two.

Listen to one of his custom guitars in action on YouTube.

Learn more about Beau and see more guitars on his Facebook page.

About the Artist: Born and raised in Williston, the oldest of eight children, Beau Theige became fascinated by art in all forms at a young age. He attended country school through eighth grade in Williston and went to Ray High School where he graduated in 1999. He held various positions in the workforce until most recently working in the oil field. While laid off oil field work, Beau Theige’s Custom Guitars was his full-time occupation.  While his interest has taken on many forms over the years: woodworking and mixed media pastels/acrylics, Beau has found his calling with his most recent guitar adventure. Proud of his North Dakota heritage, he strives to infuse his guitars with true North Dakota spirit, incorporating barnwood and kitchen objects that remind him of spending time in his grandmother’s kitchen on their dairy farm north of Ray. Since December 2015, he has created over 160 guitars and sold over 120.  His guitars can be seen coast to coast from L.A. to Florida, and even as far as London.   He’s thrilled to have been featured in the Williston Daily Herald, Talkin’ the Bakken magazine, Midwest Living (online edition), and on Prairie Public Radio.  He resides in rural Williston with his wife of thirteen years, Larissa, and their three children.