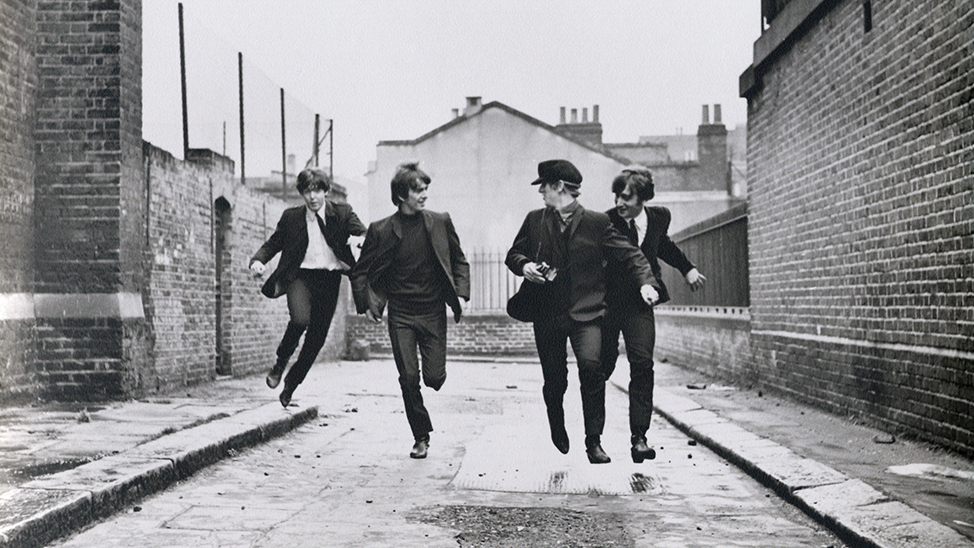 Next in the Classics of the Silver Screen series:
Rock ‘n Roll!  To generations of Americans, rock ‘n’ roll music has been the soundtrack to their lives.  From the first appearance of Elvis Presley through the post-grunge and nu-metal of the 2000’s, rock music has been the dominant force in popular culture for over 60 years.  It made sense, then, to wrap up the 2017–18 Classics of the Silver Screen Series with films that immortalize the music that changed the world. The classic movie series of free and open to all.

A Hard Day’s Night – April 28th at 2:00 pm
Finally, what retrospective of Rock films could leave out the Beatles?  A Hard Days Night (1964) is not only a comic masterpiece, often mentioned among the top 100 movies of all time, but a look back at the absolute craziness of “Beatlemania.”  Director Richard Lester captures the madcap lunacy that marked the Beatles arrival on the scene and paired it with their offbeat humor in a comedic tour-de-force that is a must see for all music lovers.