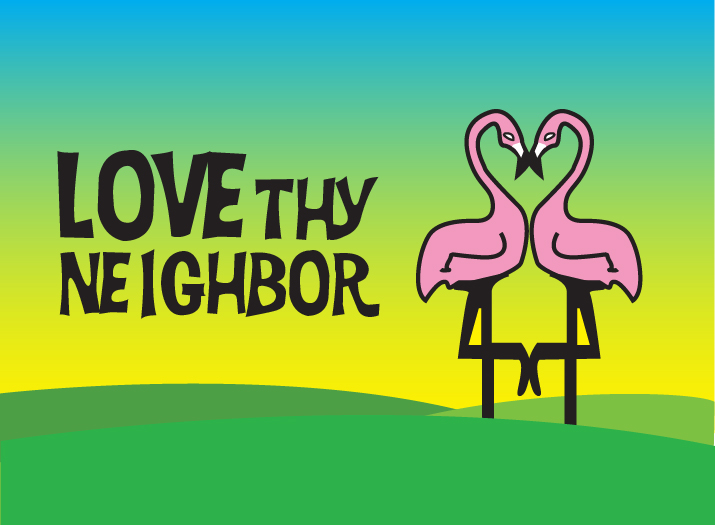 THE STORY:  Armed with a sharply judgmental attitude and a pair of binoculars, homeowner Leona Crump is consumed with anxiety over her new neighbors. Will they be California beatniks? Or paroled drug pushers? Or more frightening yet, perhaps someone with children?! Her worst fears are realized when an odd-ball “hill-folk” family move in across the street. She quickly realizes that neither God, nor her favorite telephone psychic, has prepared her for the series of showdowns set to take place in her living room. Gafina Hambefferschmidt, an obnoxious, gum-chewing woman, together with her “Maw,” an old hillbetty crone; Gafina’s simple-minded, love-struck boyfriend, Turner; and her “trampy” sister Bambi turn Leona’s neighborhood upside down. Threatened by the over-zealous friendliness of the women and “romanced” by the disgusting Turner, Leona vows to purge them from her cul-de-sac.

THE AUTHOR: Gary Ray Stapp is a founding member of The Chamber Players Community Theatre in Garnett, Kansas, and since its beginning he has participated in numerous productions as either an actor, director, or set builder. He added the role of playwright to his resume in 2003 when his debut play, “Love Thy Neighbor,” was an unexpected hit, breaking the theatre group’s previous production attendance record by fifty percent. Genuinely stunned by the play’s success, and in spite of what he thought would be a one-time writing fling, he ultimately developed a long-term affair with playwriting. With an emphasis for quality over quantity, Gary began to create a modest portfolio of new plays, all of which have so far become published works. His comedic plots and characters have found their way to stages across the United States and in Canada and Europe.

(will open in new window)