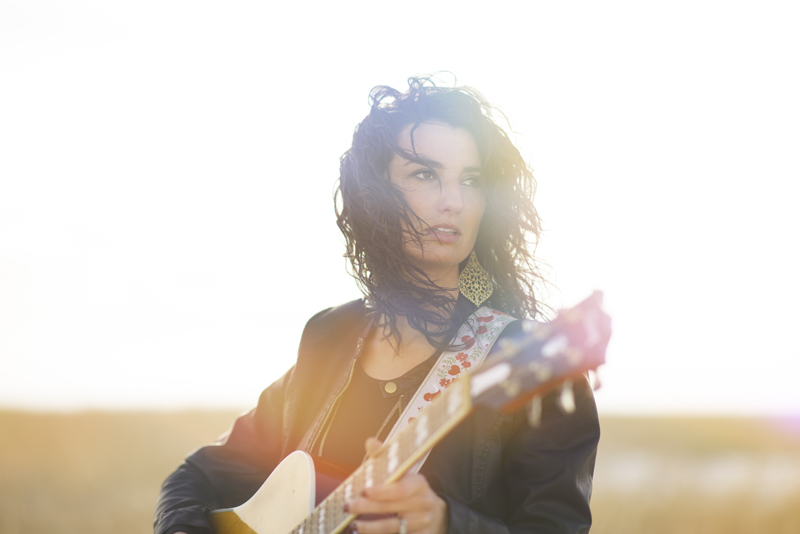 Jessie Veeder is a singer, songwriter and writer living as the fourth generation on her family’s ranch in Western North Dakota. Jessie has toured the country as an Americana singer and has four original albums under her belt. She also works as a freelance writer and weekly columnist for statewide newspapers.

Jessie has been a symbol of folk music in the badlands of Western North Dakota since she released her first original album, This Road,  when she was only sixteen years old. It was an effort that sparked the interest of music enthusiasts and took her from performing at fairs and festivals around her home state to managing a national college and coffeehouse tour and recording her fifth original album in Nashville in 2015.

Jessie’s successful career in the music industry started with her singing alongside her folk musician father when she was only ten years old, belting out tunes by Nancy Griffith, EmmyLou Harris, John Prine and Bruce Springsteen, artists who helped hone her love for folk music. And soon she began writing her own, penning and recording her first original album when she was only 16, a body of work that landed her a job traveling the country with a booking agency out of Nashville. From there she recorded her second original album A Place to Belong with the Fargo-based label Barking Dog Records in 2005 before bringing it all home to record and release Jessie Veeder Live in 2010 and then Nothing’s Forever, a 2012 effort that features Jessie’s renowned single Boomtown, an homage to the people working to make a living in oil country and a song that put Veeder in the spotlight as a feature in various news programs and national and international documentaries.

Jessie’s most recent release, Northern Lights, 2015, brought her to Nashville to record with Bill Warner, a producer who has worked with artists such as Garth Brooks, Dolly Parton, Mindy Smith and Trisha Yearwood, among others. Backed by some of the best players in the industry, Jessie’s skill as a heart wrenching songwriter soars in the new songs that remain rooted in the stories of the people and landscape of her home in Western North Dakota. The highly anticipated release is some of Jessie’s best work yet.

“It was such an amazing experience to bring the songs I wrote in my living room or while working on the ranch to Nashville to see how they might transform in the hands of some of the best studio players around,” said Veeder of her experience in Music City. “And they just got it. They understood where the music needed to go, respected the stories and made these songs come to life in the most beautiful way.”

The 12 track album blends rootsy instruments, poignant lyrics and powerful melodies rooted in Americana, blues, folk and country influences. Veeder, who is known for bringing musicians together from across the state, has spent the last year playing with Dickinson, ND based band Outlaw Sippin’ as well as maintaining her solo and acoustic appearances. She credits the band with influencing the more driving tracks on the album. She also appears with members of Bismarck’s Frog Holler String Band.

But beyond the music it’s Veeder’s story that has gained her a global following. Her popular website “Meanwhile, back at the ranch…” chronicles life on the Veeder Ranch and the success of her website has landed her a job as a weekly columnist for Forum Communications and newspapers across the state and as a commentator on Prairie Public Radio.